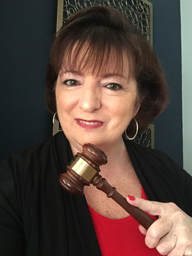 Cathy was ADC certified by NCCAP in 1986. She attended St Petersburg Jr. College. She is currently employed at Bradenton Health Care planning a calendar of events that encompasses LTC, SNF Rehab, and Memory. She has extensive experience in consulting in program development focusing on areas of her experience.

She also served on the NCCAP Board for 3 years.

Cathy lives in Sarasota, she has a daughter (Stephanie whom resides in Seattle and she is a nurse) and a son (David whom resides in New Port Richey and he is an engineer). She has a cat named Watson (he is a Maine Coon-Tabby Mix).

She enjoys walking the beautiful Beaches of Sarasota/Bradenton, traveling, dancing & her work which is her passion!
FHCACA President's Message